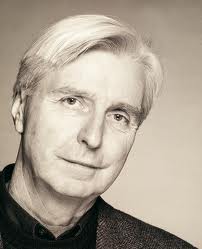 It seems that the Music Makes A City Project is entering two further stages of its life simultaneously.  What was originally a 100-minute film became a 2 disk DVD with 2 ½ hours of extra material.  Now there is a TV version of 56 minutes as well as a blog for thoughts sparked by ideas in and around the different facets of our project.   As the film title suggests, our original inspiration had to do with creating a good society through the creative arts.  We set forth the example of the city of Louisville, Kentucky in mid-century America because the mayor, Charles Farnsley, made the arts the centerpiece of his vision for a thriving city and society.  As our film shows, the city did well as a result of Farnsley’s focus on culture.

A leader’s vision is extremely important.  All people are imbued with good hearts and minds, but good leadership ignites the latent possibilities of the community.  When we look at those situations where the arts and music have flourished and many great works came into being, and then look to the origins, we most often see one person or a partnership that set it all in motion.  That one person is the very fragile foundation of our cultural life.   But institutions, alone, can’t assure the genuineness of artistic culture.  As time passes, there is the continual need to rejuvenate the vision.  For that, the artist, the conductor, the composer, the curator, in short, all those who inherit the institutions have to make the courageous moves.  Even though we celebrate the steps by which we have arrived at the present moment, culture, in the best meaning of the term, must live in the now.  If we are not expressing our moment, there is no validity in our culture and we have failed the founding vision.

What are we to do?  What do we mean by culture in the post-modern world?  There are so many questions in a world that changes so quickly.  MusicMakesaCity.com and its blog are a way to open the doors for all people to share whatever touches their heart in regard to either the arts or our concept of community – or both.  Beyond that, we welcome stories and comments about the Louisville Orchestra as well as any symphonic or musical observations you might have.  The doors are open wide. Thoughts triggered by a recent concert are a shoo-in as are observations about the state of classical music. In regard to the culture of now, it is the wideness and openness of our space that is important.

Change is always in the air, but it’s remarkable at the moment.  Our website and national television airing are a case in point.  On the Louisville Orchestra front, the appointment of Teddy Abrams as the new music director is cause for celebration.  Mr. Abrams will bring a youthful energy to the podium and all reports on his skills indicate that Louisville is very fortunate in having him on the podium.  A lot else has changed about the orchestra and Louisville finds itself, again, in a place where the community at large can make a difference for the better.

So, welcome all.  Let’s play our part in making all our lives livable and loveable.